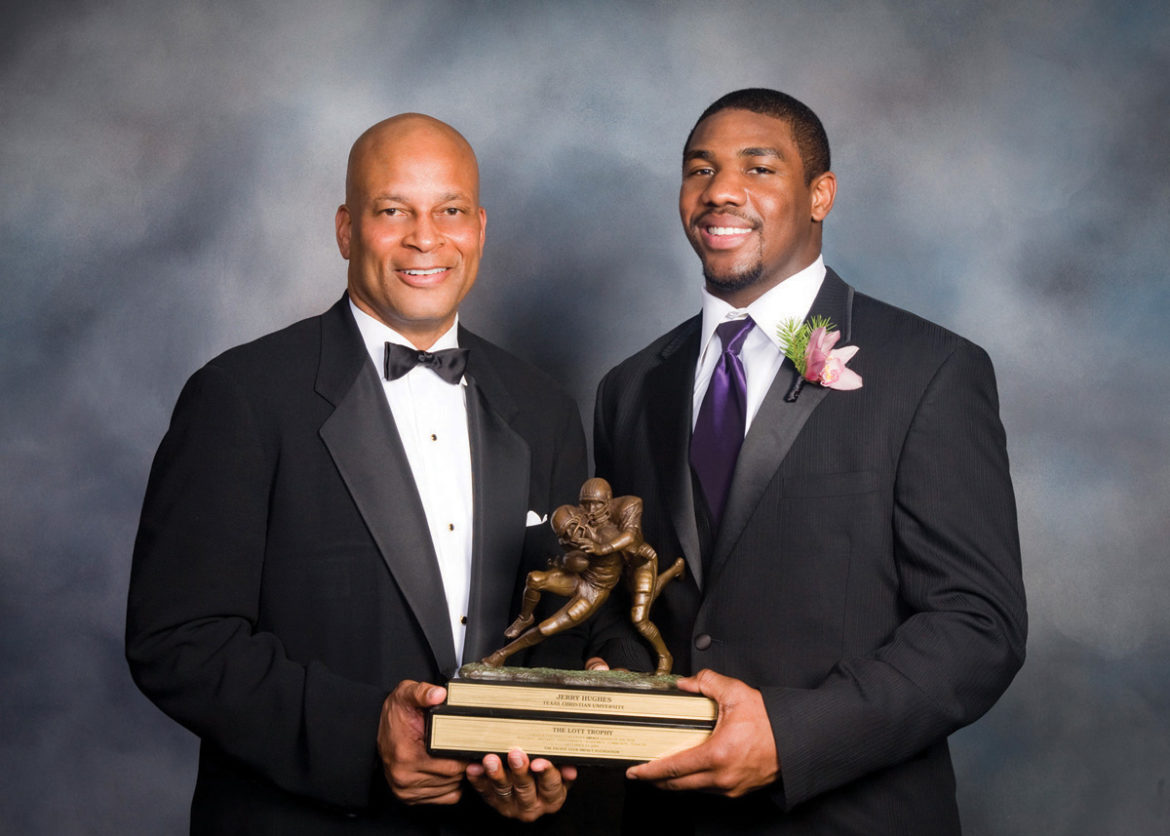 He had 28.5 sacks at TCU and was named All-American as both a junior and senior. He was a first-round draft pick by the Colts where he played three years and the next six years with the Bills. Now in his 10th NFL season he has recorded 47 sacks in his career.