Home ABOUT THE TROPHY 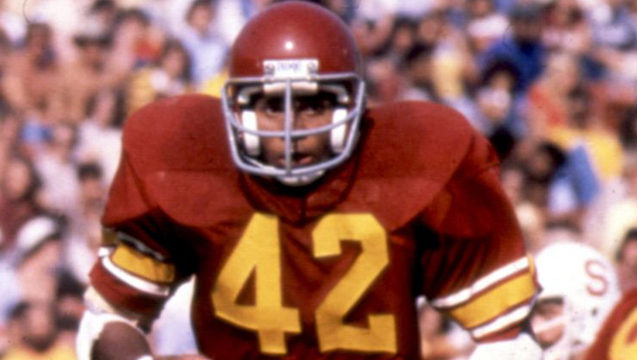 The IMPACT award is awarded annually to individuals who demonstrate excellence in the field of athletics and recognizes college football’s Defensive Player of the Year who best exemplifies the IMPACT acronym: Integrity, Maturity, Performance, Academics, Community and Tenacity.

The mission of The Pacific Club IMPACT® Foundation is to recognize and support both national and local charities that serve the youth of America with a focus on education and have a positive IMPACT® on the lives of young men and women.

The Foundation raises money for these charitable purposes from events surrounding and associated with the awarding of The Lott IMPACT® Trophy to College Football’s Defensive Player of the Year who demonstrated the greatest IMPACT® both on and off the field.

The Lott IMPACT® Trophy is unique because it represents the first college football trophy to give equal weight to personal character as well as athletic performance. The Lott IMPACT® Trophy has become a symbol of the positive attributes many college athletes represent. Several LIT alumni have gone on to excel in areas outside of football including medicine, business, broadcasting and charitable work.

The Lott IMPACT® Trophy was named in honor of Ronnie Lott, a two time All-American for USC and College Football Hall of Fame Inductee. Ronnie Lott went on to win four Super Bowl rings with the San Francisco 49ers, ten trips to the Pro Bowl and a spot in Pro Football’s Hall of Fame. He was a leader who made an IMPACT® both on and off the field and continues to exemplify character in his personal life.