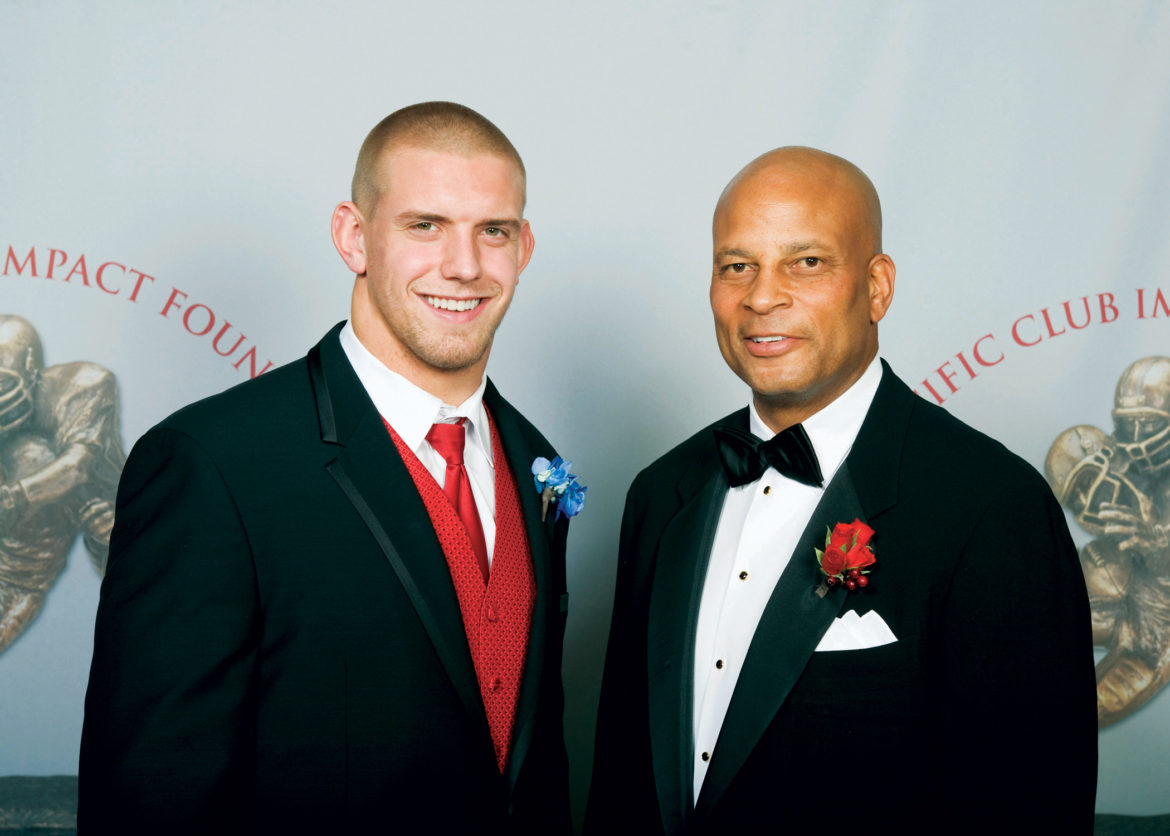 Returning to Newport Beach for the second year, he was the winner this time. At Ohio State, he was a three-time consensus All-American and two-time Big Ten Defensive Player of the Year. Drafted by the Rams in the second round, he went on to be the leading tackler in the history of the franchise with 869. Now married with a daughter, he is a college football analyst for the Big Ten Network.