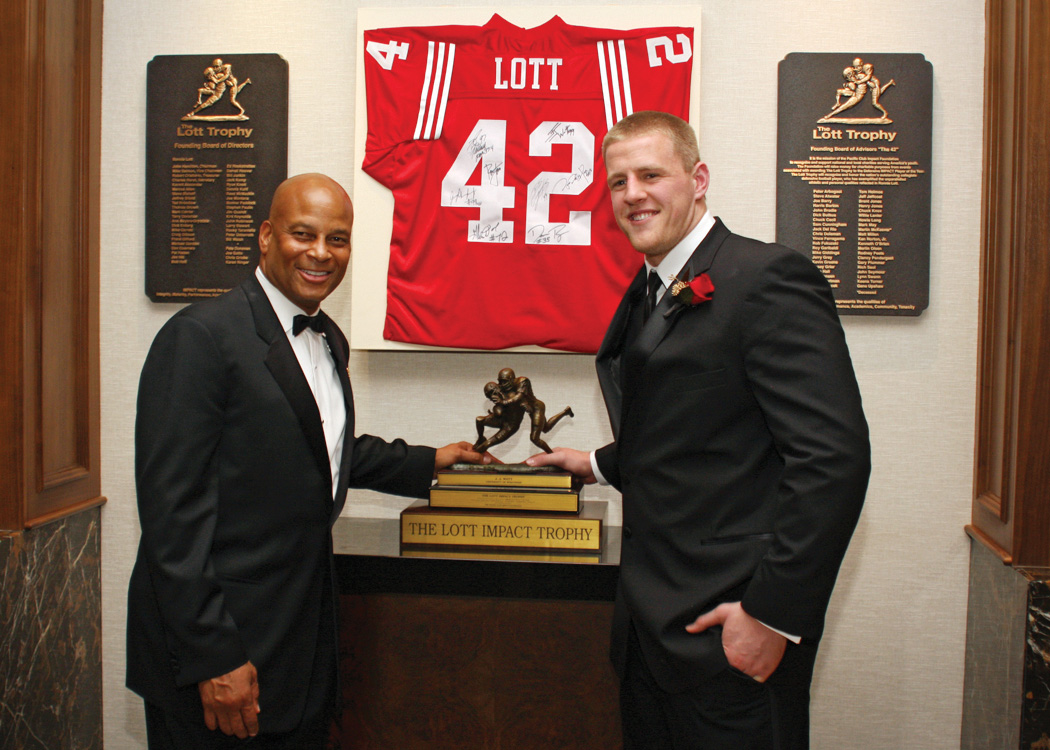 Regarded by many as the most dominant defensive player in the NFL, he has been named the Defensive Player of the Year three times in his career. He went from being a walk-on at Wisconsin to a first-round draft pick by Houston. He is known as much for his charity work as his play on the field. He raised over $37 million for victims of Hurricane Harvey, has been named the Walter Payton Man of the Year in the NFL and was the 2017 Sportsman of the Year by Sports Illustrated.