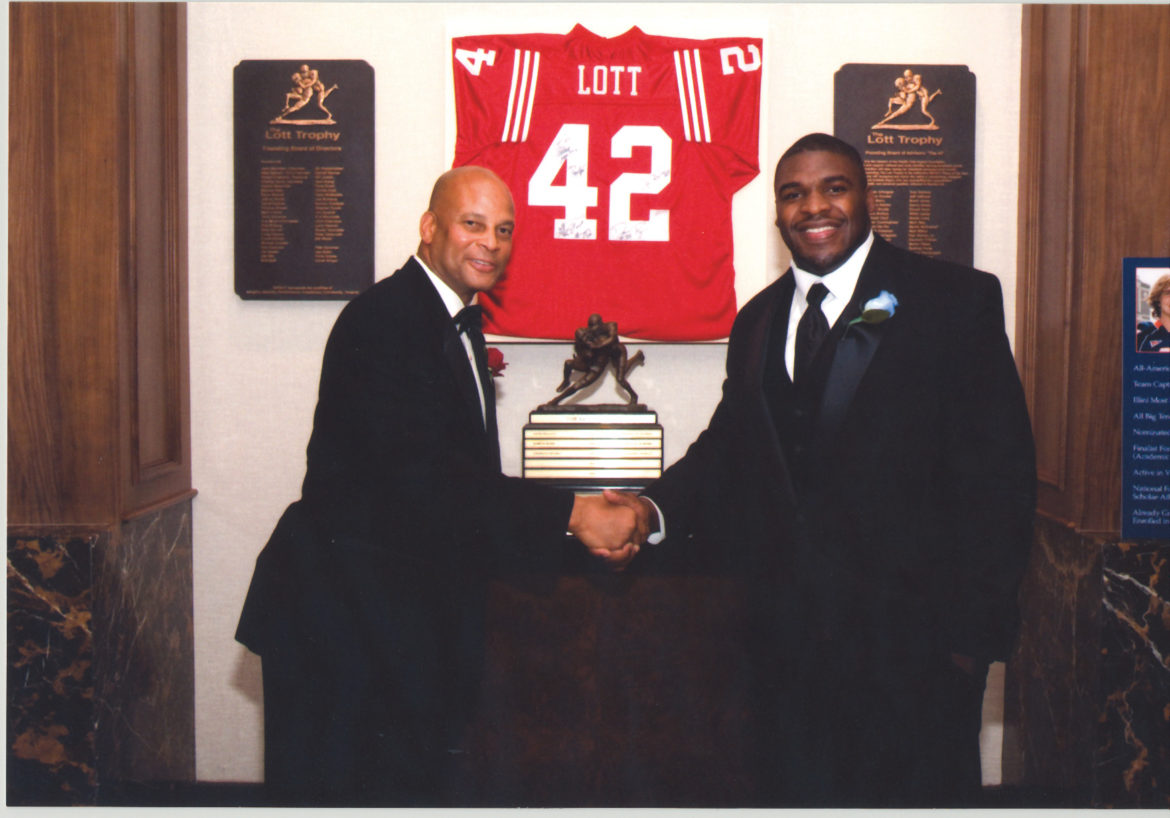 As a senior at LSU, he became first player to win the Lott IMPACT Trophy along with the Nagurski, Lombardi and Outland Trophies. He was the SEC Defensive Player of the Year in 2007 when LSU won the national championship. He spent eight seasons in the NFL with Kansas City and San Francisco.