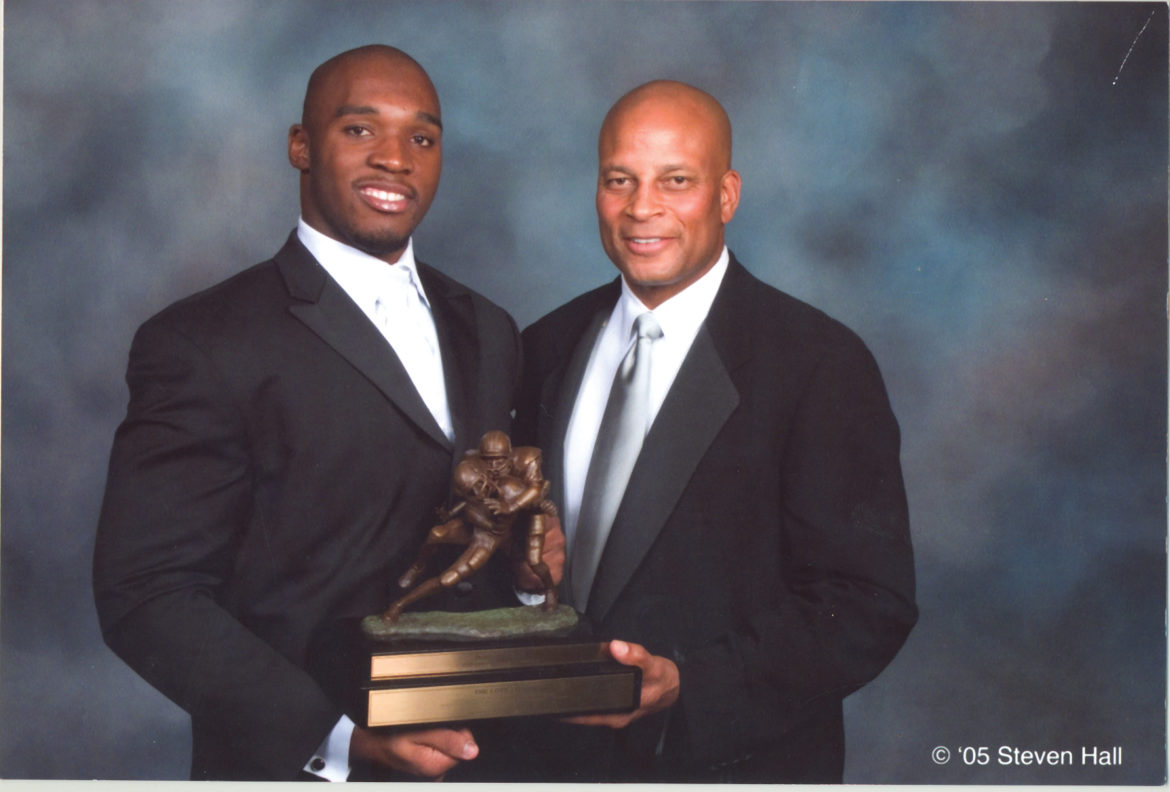 Unanimous All-American at Alabama. SEC Defensive Player of the Year as a senior. Named NFC Defensive Rookie of the Year with Houston in 2006 and made two Pro Bowls. He has his own charity foundation in his hometown of Bessemer, Alabama. He is now the linebacker coach for the San Francisco 49ers.