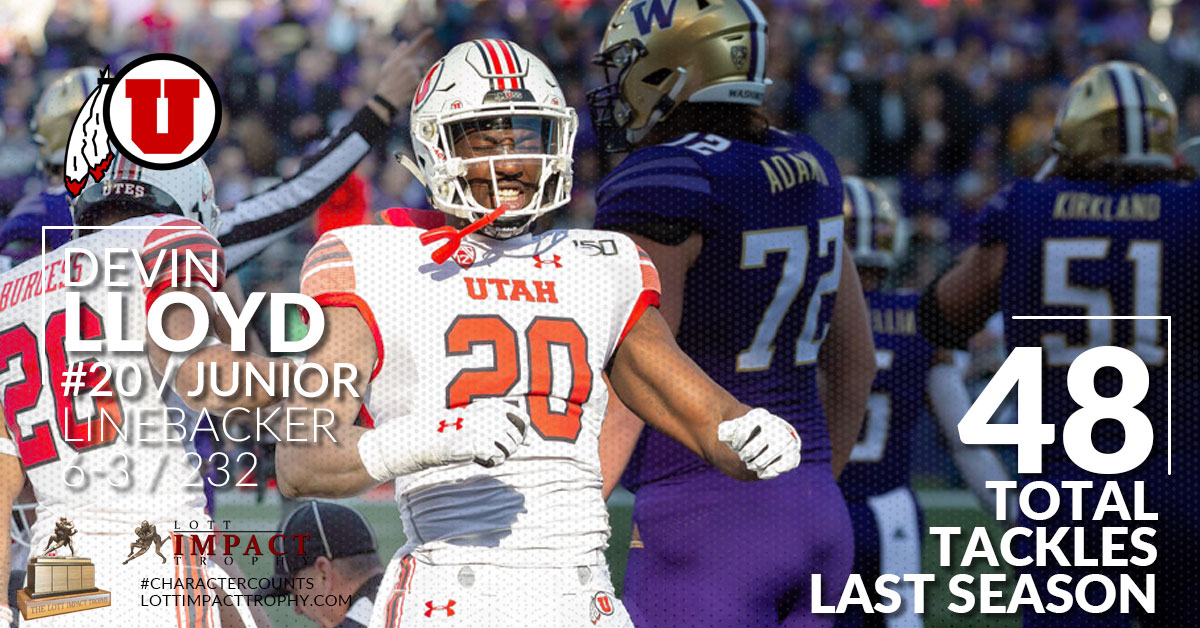 “I see exactly what the NFL looks for in linebackers. He’s got the size, the speed, the explosion, the athleticism, the intelligence — everything you see in those elite linebackers in the NFL, Devin possesses them. He plays within the structure and framework of the defense. But we utilize him in a lot of different ways. You saw us bring him off the edge quite a bit so far this season. He’s got great size. He runs like a deer. He’s instinctive, he’s got a long wingspan and you see him tip balls quite often, particularly in pass rush. He’s a playmaker. He’s a guy that when there’s a play to be made, he almost always makes it. He’s an absolute football junkie and student of the game. He watches as much film during the course of a week as anybody we’ve ever had here.” –Kyle Whittingham, Utah head coach