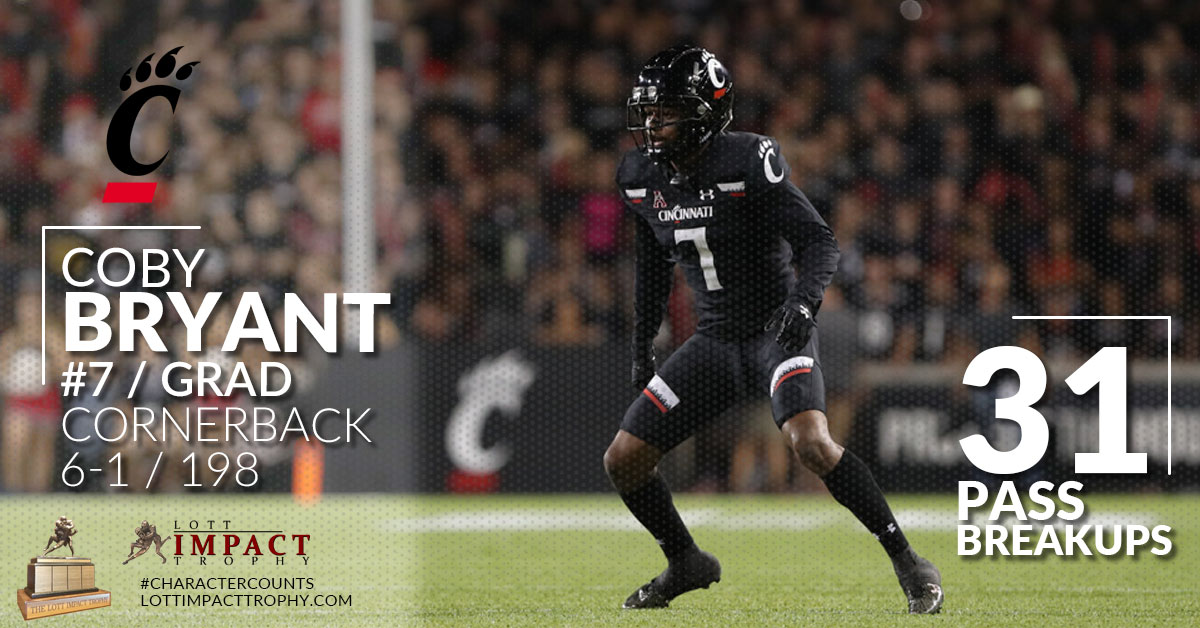 Bryant has already earned his undergraduate degree and elected to return to University of Cincinnati in 2021 to use his additional year of eligibility.

Coby was named after the late Hall of Fame basketball player, and adheres to the  “Mamba Mentality.”

The best way to describe him is elite competitor,” Marcus Freeman, Offensive Coordinator.

Luke Fickell coached Bryant’s brother, Christian, with the Buckeyes and knew Coby had not just the size and athleticism to develop into a productive defensive back, but also the maturity and work ethic to become a tone-setter for the program. “I didn’t want to have anything easy. I wanted everything to be earned,” Bryant said.