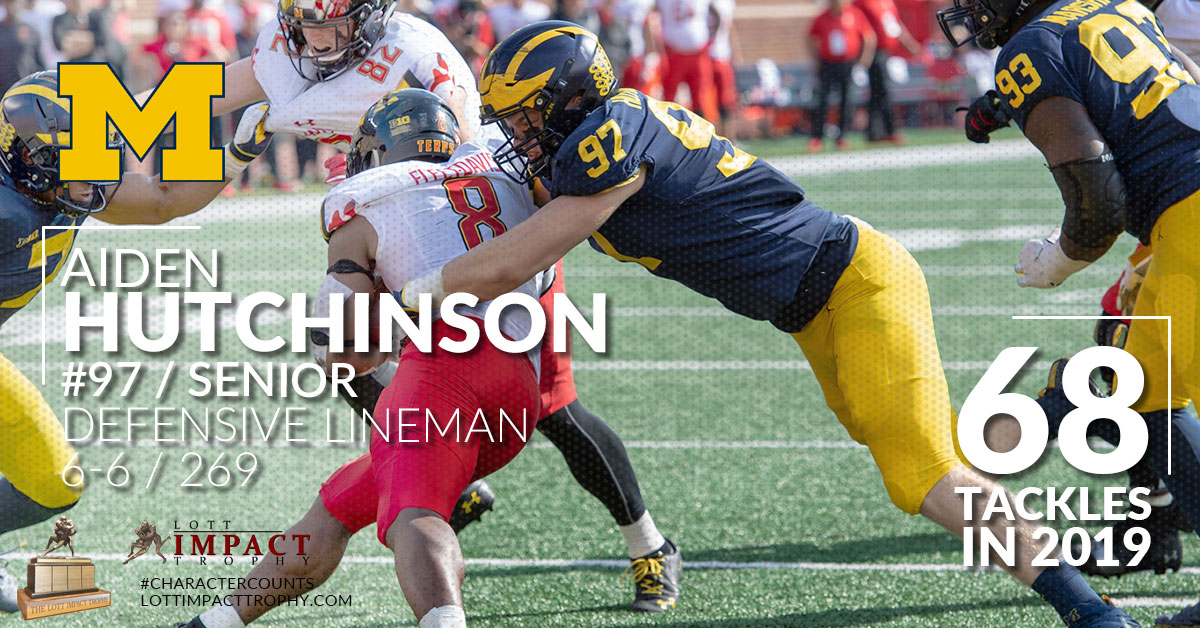 “Off the field, Aidan is extraordinarily spiritual and humble. If he was anything less than grounded, he has his two very close older sisters who would be the first to set their baby brother straight! Family is huge for him.” —Melissa Hutchinson, mother

“He might be the best pass rusher in college football.” –David Pollack, ESPN and former Lott IMPACT Trophy winner